Sydney Roosters coach Trent Robinson has confirmed the side are in talks to bring All Blacks star TJ Perenara to the NRL club to help solve their injury crisis.

Speaking after the Roosters’ loss to Melbourne on Friday night, Robinson said the club were interested in the Kiwi ace, after Perenara’s manager revealed this week the parties were negotiating.

“We’ve talked, but it’s preliminary at this stage,” Robinson said.

“That got it out there pretty quickly – we’ve had talks and we’ll see where it gets to.”

Asked whether he believed Perenara, who has 69 New Zealand Test caps but has never played rugby league, could make a quick transition, Robinson said such talk was premature. 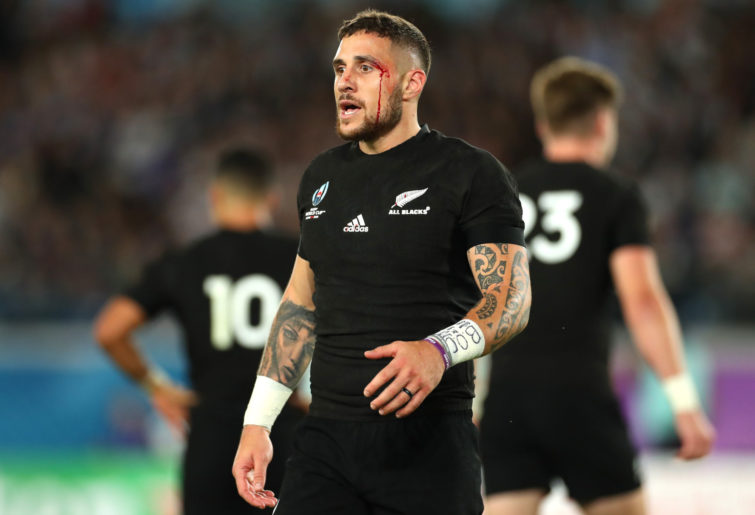 “Let’s not get ahead of ourselves. Let’s be happy with the report of discussions, but let’s not get too far ahead – how’s he going to play in the first game and all that.

Robinson said former Wallabies coach Michael Cheika, who now works part-time with the Roosters, hadn’t been involved in the discussions.

The Roosters have another in, with Perenara’s former All Blacks teammate Sonny Bill Williams playing out his league career with the Tricolours.

Perenara is playing his rugby for NTT Red Hurricanes in the Japan Top League but is known to be a fan of rugby league, with his father Thomas and cousin Henry both former players, the latter now an NRL referee.

While Perenara has played all his rugby at halfback, it’s believed the Roosters are looking at the star as a hooker. The two positions across the codes are similar in attack.

His biggest challenge would be getting up to speed with league’s defensive patterns.

With veteran rake Jake Friend forced into retirement and a spate of injuries, Ben Marschke played in the number nine jumper against the Storm and suffered a late head knock but cleared his HIA test.

Perenara’s deal with New Zealand Rugby is up at the end of 2021, although if given permission he could join the Roosters at the end of the Japan season next month and be available mid-June.