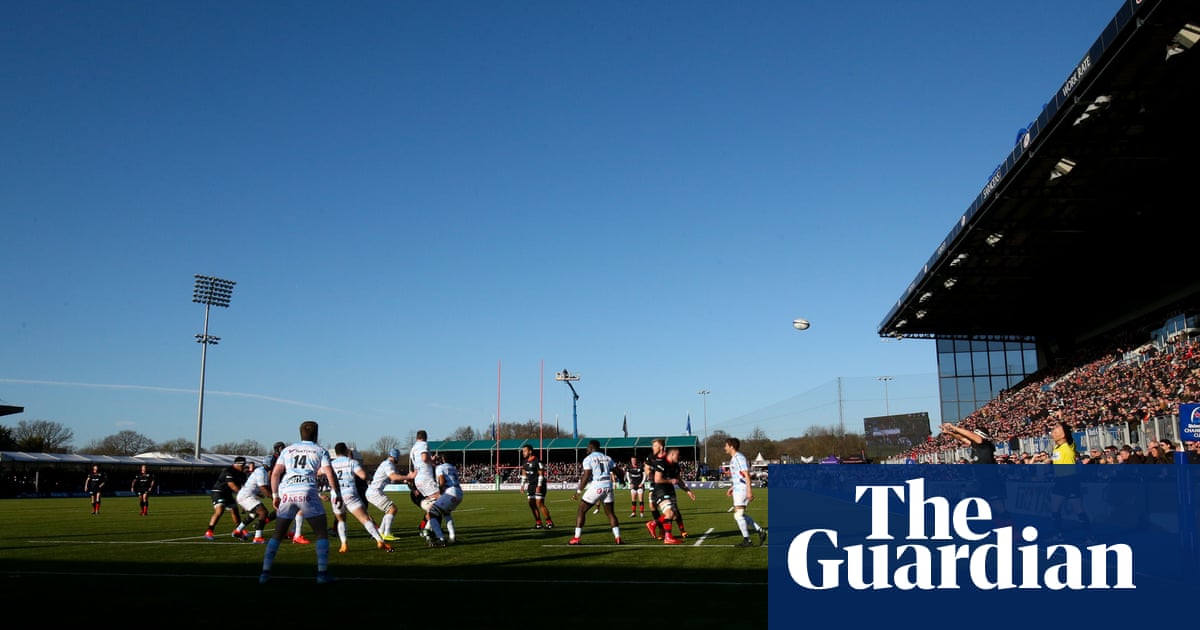 There is a line in The Plague, the novel by Albert Camus now enjoying a revival, that still chimes. “Officialdom can never cope with something really catastrophic: what they are short of is imagination.”

As sport plots the slow route back to action, initially behind closed doors, it has the chance to chart a new way forward, not least rugby union, whose hand-to-mouth existence has been exposed.

World Rugby has been hit this month by election fever, with Bill Beaumont being challenged for the chairmanship by Agustín Pichot – but who wins will be largely irrelevant unless the way the governing body is run radically changes.

“Sports bodies need to show imagination and thinking,” says Darren Bailey, a sports lawyer who is a consultant to the law firm Charles Russell Speechlys. “Rugby’s model has to change. The impact of the coronavirus lockdown has been immediate and severe because it relies on income to pay bills: it lacks reserves and so has no flex. It all goes back to 1995 when the game went open without having the time to prepare for it.”

Bailey was World Rugby’s first director of legal and legislative affairs and authored the global regulatory framework for the sport after the 1995 decision. He has also worked for the Football Association. “The model 25 years ago should have been based on the fact that the Test game was the commercial driver. That would have allowed a more robust system which, with a more effective salary system and cost control measures, would have allowed reserves to be developed.

“Instead, a market economy grew in France and England which has relied on investors prepared to absorb losses year after year rather than revenue generated. The essence of the game is mutual dependency, but it has been undermined over the years by three issues: north versus south, club versus country and the developed versus developing.

“The opportunity to redress these faultlines should not be missed. It is now or never in terms of rebooting.”

The new model Bailey envisages would put international rugby first, but would not relegate the club game to obscurity. There would be a pecking order, and as the various strands make plans for resumption, there will be conflict.

Last week the chairman of European Professional Club Rugby, Simon Halliday, said it would be unacceptable if World Rugby moved the July tours, which will almost certainly be called off, to October when clubs hope to stage the final stages of this season’s Champions Cup.

He called for clubs to be involved in discussions, which needs World Rugby to be given direct access to them by unions. But the income from Test rugby is considerably larger than that generated by club rugby. Part of it is used to nourish the amateur game, which is bound to take a participation hit, rather than feed professional leagues. The rule on player release needs rewriting to accommodate international windows being moved.

“Rugby needs to become less adversarial in the way it is run,” Bailey says. “It has to work in the interests of the game nationally and internationally.

“Rugby has an older demographic and I wonder about the long-term psychology over mass gatherings. I think tech will play an important part in giving people the confidence to attend matches. If people travel less, it presents an opportunity for local initiatives: when a vaccine is found, sport could drive it by saying spectators needed to have one to come in.

“Rugby needs to get back to what it was all about: incredible standards of behaviour, integrity and respect for match officials and players. There is a chance to reinvent itself and say it will over-deliver on discipline and not accept intolerance or disrespect of the referee.

“That can be done with central control and there is an opportunity now to look at competition structure, regulatory framework, the shape of the game, women’s rugby and sevens. Sport usually responds to one issue at a time, but now every element needs to be looked at.”

Will clubs in England and France look to carry on as before, if burdened with more debt? “The club and Test games need to stop competing with each other,” Bailey says. “The global calendar needs to be adjusted and the traditional season model ripped up. I can see the Nations League plan on the agenda again and the Lions gaining as a concept: why not have New Zealand on tour in November playing powerful clubs in midweek?

“A new audience needs to be found because rugby’s commercial model is going to take a hit. The marketing budgets of big brands will suffer, which for sport means a drop in sponsorship and hospitality income. The money will have to be made from television and tech companies will have a role to play there, perhaps backed up by private investment. I can see Amazon taking an interest, but in international terms, they would be looking at markets like Japan, the United States and Germany, which is where the Nations League comes in.

“Everything is back in play. World Rugby needs a fundamental review: governance needs to respond quickly to events in a fast-changing, tech-oriented world. All the old assumptions are changing. In a competitive sporting world, governance has to be quicker, more open and more responsive. A command economy will work post-corona.”

This is an extract from our weekly rugby union email, the Breakdown. To subscribe, just visit this page and follow the instructions.

New Zealand could approve the restart of professional sport as early as next week when authorities decide whether to ease coronavirus...