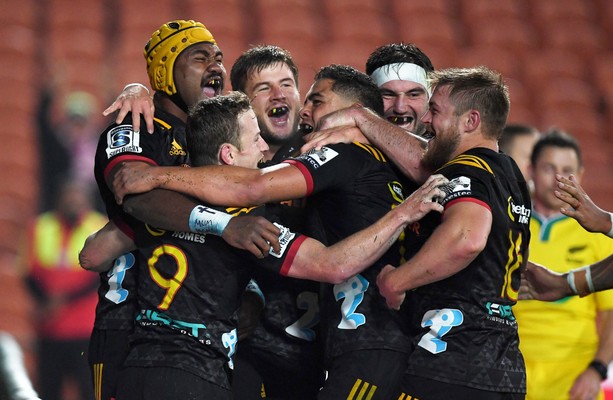 NEW ZEALAND’S FIVE Super Rugby teams are set to kick-off a domestic championship next month in which they will each play each other home and away behind closed doors.

The Crusaders, Blues, Highlanders, Chiefs and Hurricanes are close to a return to collective training as New Zealand’s government gets ready to announce an easing of Covid-19 restrictions to ‘alert level two.’

That would allow New Zealand’s professional rugby sides to begin preparing for the new ‘Super Rugby Aotearoa’ competition, with the NZR saying that players will need three to four weeks to prepare themselves for contact again. 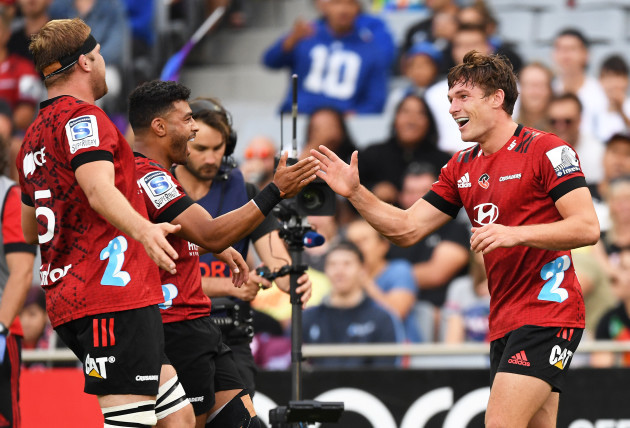 The Crusaders and their Kiwi counterparts are set for a return.

That means that in the best-case scenario, the new domestic competition will kick off in June, allowing rugby fans around the world to watch some of the sport’s very best players compete live on TV.

NZR says the competition would take place over the course of 10 weeks, with two matches every weekend.

The prospect of three-peat Super Rugby champions Crusaders facing Beauden Barrett’s Blues – among many other intriguing matchups – is an exciting one for Kiwi fans and rugby-starved supporters around the world.

“For our fans, our players and everyone involved in Investec Super Rugby, we are thrilled that the Sports Minister has given the green light for professional sport to resume at level two,” said NZR chief executive Mark Robinson.

“Both netball and rugby have been working closely with Government agencies on what training and playing at level two could look like, and we are incredibly grateful for their support.

“As soon as the country announces what date we move to alert level two, we will be able to confirm what date Investec Super Rugby will kick off.

“Kiwi rugby fans love the local Investec Super Rugby derbies, and they will now have 10 consecutive rounds to enjoy.

“We’re delighted for our fans that in a best-case scenario we will have top-quality rugby back on our screens next month. I know the players would prefer to be playing in front of our fans, but the health and safety of Kiwis must come first. 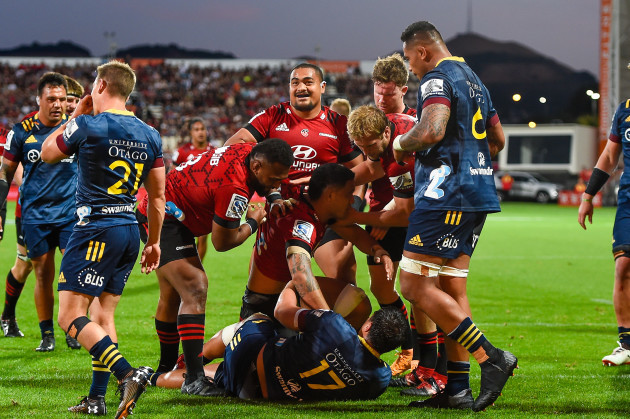 Super Rugby’s return in New Zealand would be exciting for rugby fans.

“While we want to see our game up and running as soon as possible, we won’t make decisions that will put anyone at risk. We have always said we will take the Government’s lead on when it is safe to return.”

NZR said it is still working through the details of the Mitre 10 Cup, which is still set to go ahead later this year and would provide further rugby entertainment, particularly if beefed up by All Blacks being available.

The national team’s planned July Tests against Wales and Scotland are set to be called off, but there have been suggestions NZR will arrange the old North Island v South Island fixture as an All Blacks trial.

Either way, it looks increasingly likely that there will be rugby of some form in New Zealand far sooner than elsewhere.

“We have known for some time that once the green light is given to recommence playing [in any of our territories] that a revised Super Rugby competition format would have to be implemented,” said Robinson.

“This will mean a strong domestic focus in each territory given the travel, border and Government restrictions that we will have to adhere to.

“Given today’s announcement by the New Zealand Government, SANZAAR will now in conjunction with NZR move to the implementation of the revised Super Rugby format that has been agreed upon by all SANZAAR partners and stakeholders. We will work with NZR around the possible start date that satisfies Government requirements.”

Why have SANZAAR remained silent on 2022 Super Rugby plans?

Why have SANZAAR remained silent on 2022 Super Rugby plans?

Though the two-way travel bubble is now officially open between Australia and New Zealand, we’re still a few weeks away from...

Former England wing Ugo Monye hopes that as chair of a new RFU advisory group he can help everyone feel rugby...

Ben Spencer converts late try to give Bath a 21-20 win over Leicester and keep alive their hopes of a top-four...